From a challenge to an international icon 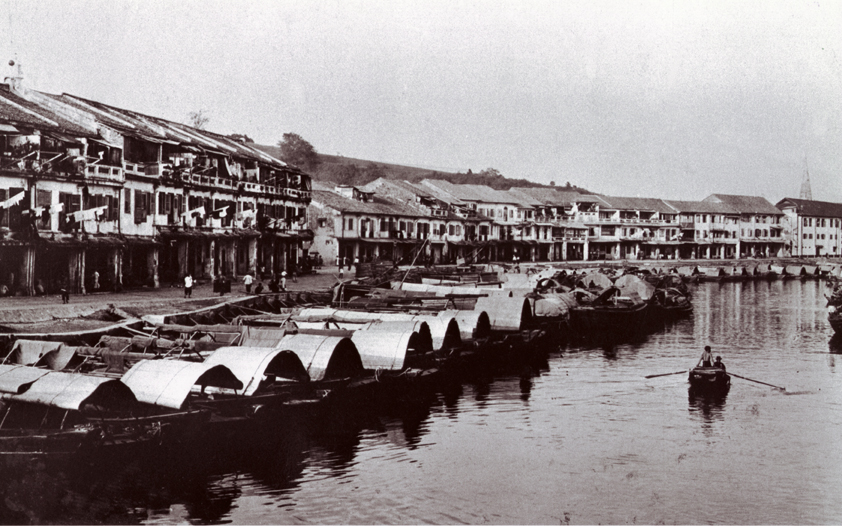 In the early 1900s, Singapore was a British colonial entrepôt bustling with trade activities; merchants from China, Europe and all over the world landed on this small little island. And for respite from the sweltering heat, wealthy traders, nobility and military personnel patronised the many prestigious local bars and hotels known for their sophisticated surroundings. These travelers were also captivated by the alluring femininity and exotic sensuality of the local ladies, and would buy them a drink for their company to linger a little while more. 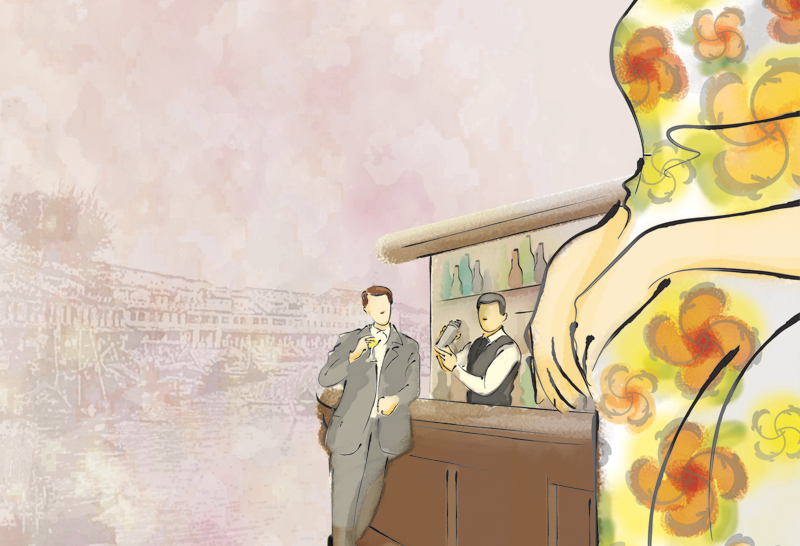 The story began when a Colonel from the British Army challenged a Hainanese bartender, Mr Ngiam Tong Boon, working at the Raffles Hotel, to create a cocktail which is befitting for the tropics to while away the sultry afternoons, and an enticing yet sufficiently potent drink—in the hope of becoming the consummate ladies’ drink.

After many tries, Mr Ngiam finally came up with a sweet, sparkling scarlet concoction which masked the potent content well—its enticing fruity notes of disguised the potency of the alcohol. The powerful mix of pineapple juice, Grenadine Syrup, Cherry Brandy Angostura Bitters, Dom and Cointreau gives rise to a subtle yet seducing drink.

After its initial introduction, it quickly gained a faithful following. And its popularity was not limited to just the ladies. Everybody was asking for it. And before long, it became known as the ‘Colonel’s drink’. In Hainanese dialect, the word “Colonel” is known as  “司令” (si ling) and its abbreviated pronunciation became ‘Sling’. And the Singapore Sling® was born. And as they say, the rest is history.

Fast forward to today, Singapore Sling’s fame is undisputed. Foreigners and tourists, writers and artists, even international celebrities including Tom Cruise and Chow Yuen Fatt, saw the signature cocktail as deserving of mention in their movies, Cocktail, and Pirates of the Caribbean respectively.

Ranked as one of the world’s Top 10 cocktails, the Singapore Sling® has established itself as a high-end contemporary blend of flavorsome character, balance and elegance. With more than a century of history, the Singapore Sling® has evolved from an innovative drink to an established national brand that is making inroads into the international marketplace with True Heritage Brew leading the way.


From a challenge to an international icon.

In Hainanese dialect, the word “Colonel” is known as “司令” (si ling) and its abbreviated pronunciation became ‘Sling’. And the Singapore Sling® was born.

Liquor section of Cold Storage (all branches in Singapore)